Some more pumpkins (Make It Monday)

Are you pumpkined out yet?  Is that a word?  I love love love pumpkins and have found so many really cute ideas and tutorials all over the internet.  So I'm going to share with you a bit of a failed attempt at crafting with my kids.  Again, in the effort to be honest with you all some projects say they are kid friendly and start out that way but end up being a Mama only project.

I found these super cute mini pumpkins on craft-a-holics  and immediately fell in love!

She has a great tutorial and for kids older than mine (oldest is 5) it probably would work.  It just did not with my kids.  We used tacky glue instead of a glue gun because I had visions and nightmares of hospital runs with four children (under the age of 5) with 3rd degree burns!

So anyway, first I cut out fourteen 1" circles on my cricut (you could use a circle punch but I have the machine so I might as well use it!).  And 1/2 inch by 3 inch strips of cardstock (9 strips for each pumpkin).  The tutorial said 1/2 inch by 2 1/2 inch I think but I just became a little rebellious here. 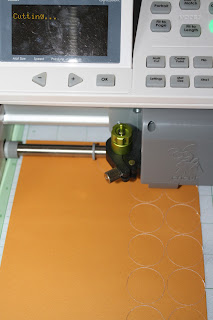 My kids (plus one) with their "spiders".  Take one circle and glue the strips out like a sun. 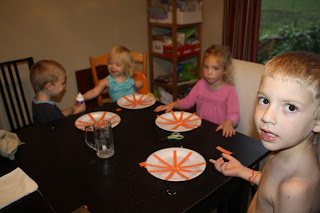 Then glue another circle and bring the strips up to the top to make a pumpkin.  You can add a brown stem and/or leaves if you want.  You can leave them longer and taller or
smash them to make "squishier" pumpkins. 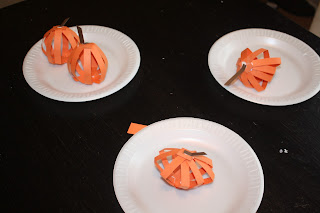 My kids used tacky glue and construction paper.  It just did not work out like I was hoping and they were bored - not enough for them to do.  So I made five of my own out of cardstock to decorate my shelf. 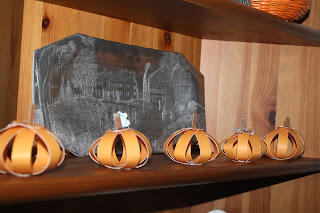 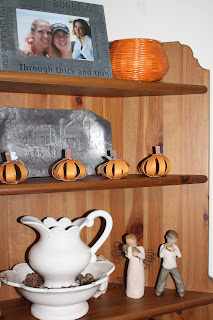 That's it.  Thanks for stopping by :)  Hope your Monday is great with or without a kids project - LOL

Want over $400 worth of crafting materials for only $99?  More information here! 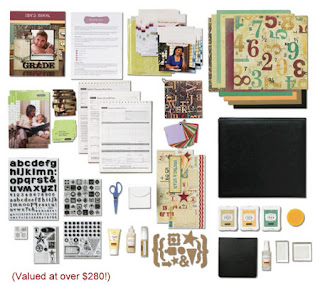 And don't forget about my GIVEAWAY :) 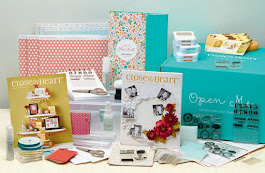 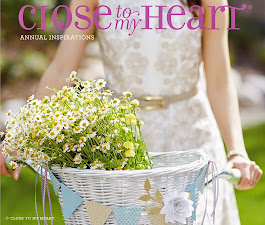 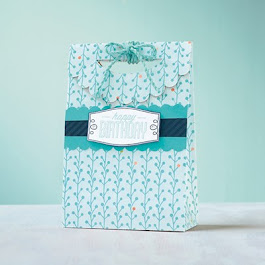 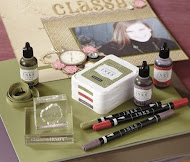